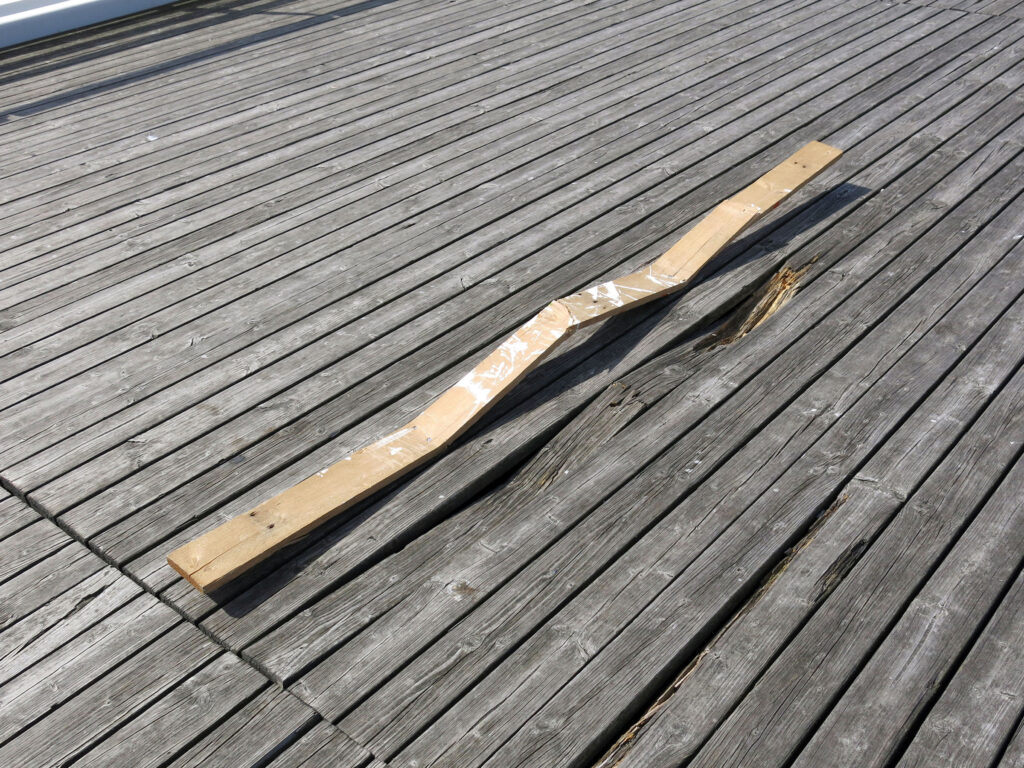 
On the 20th of April 2013, Topp & Dubio organized the smallest possible tribute to ZERO artist Henk Peeters (1925-2013), who had died exactly one week earlier. This event also was a tribute to the iconic monumental art event ‘ZERO at Sea’ that should have taken place in April 1966 on the pier of Scheveningen. This was to be the largest of Peeters’ art projects.

Part of Topp & Dubio’s tribute was a replica of one of the damaged floorboards of the pier, made out of an ordinary plank which was laying around in the studio. An attempt to reduce the distance to the past and to the actual location.